Stand on the Target Line, Not to the Side 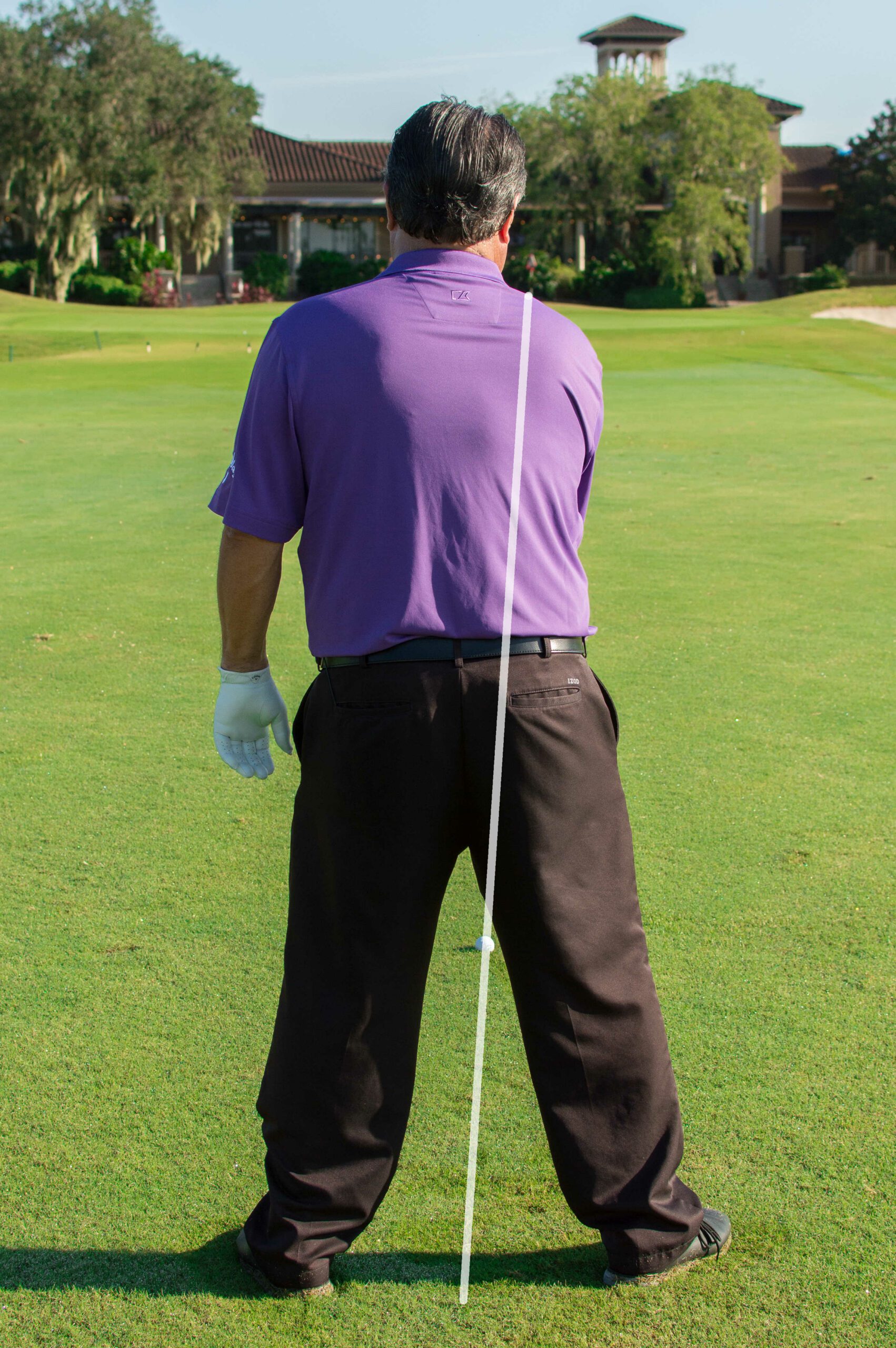 How do you insure you are able to aim and align correctly?  Simple, stand on the target line, not beside it!

If you’re a loyal John Hughes Golf follower, you know how important alignment is to you and your golf game.  I’ve authored plenty of blog posts, magazine articles, as well as produced several YouTube videos about the subject.  Yet I still see golfers struggle with this most important basic principle.  Why?

You have a “Visual Bias”

What most golfers don’t realize is everyone has a “visual bias.”  Meaning, your eyes and brain, communicating to each other in milliseconds, prefers to see things a certain way, based upon several factors.  Some of those factors are which eye is more dominant than the other versus which eye do you actually use to aim with?  Which side of your body is stronger than the other?  As well as which side of your body do you tend to favor when casually standing?  There are other factors in force as well.  But what it all adds up to is you standing on one side of the target line or the other.  And not standing on top of or “Straddling” the target line.

Some will argue that this trend is based upon your effort to aim with what you perceive to be your dominant eye.  However, just because you’re right-handed doesn’t mean your right eye is your dominant eye.  Your eyes work in tandem more often than not.  Which is why it is so important to allow both eyes to function as one unit when aiming to a target.

One Side is More Convenient

It’s also more convenient to use one eye to aim and align.  But because you most likely have both eyes open as you go through the process, you’re actually creating an unintended visual bias.

Combine this with you are also most likely standing too close to the golf ball when you are aiming with a visual bias, your brain is never really seeing the true image of the ball directly in line with your intended target.

So how do you correct this trend?  Simple. Be sure you are directly behind the ball, in line with your intended target.  You’ll see your target line more clearly.

Standing on your target line sounds simple.  It is simple, if you’re paying attention to the details of finding and clearly seeing your intended target.  Resist convenience.  And work through your visual bias.  If you do, you’ll find that aiming and aligning to your intended target becomes more accurate.